Most of the people don’t care or more specifically don’t know about HDD led. What is the HDD LED? What do they do? If you have come here to seek the answers to these questions, firstly congratulations, you are not included in those common people. In a computer, HDD LED is used as an indicator to inform your hard drive’s usage status. You will know probably everything that you need to know about HDD LED in the following. Enjoy knowing. 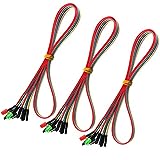 What is HDD LED or HDD Activity LED

HDD LED  which is also referred to as hard drive activity light is a power LED light that keeps illuminating whenever the hard drive or any built-in storage in your PC is at any usage like your CPU, etc. When your storage connected to the motherboard is being written to or read from, the HDD light will be on or maybe flashing repeatedly. As you will wonder, it is in a way very useful.

It’s important to know when your motherboard’s hard drive is being accessed so that you can always avoid removing the battery or unplugging the computerS from time to time while the OS is still accessing some files on the drive. Moreover, there will be a subtraction of an often mistake that can cause corruption and loss of valuable files, and damage to the hard drive.

The hdd activity light is also known as a hard drive activity indicator and the hard disk drive having this led indicator is called a led hard disk. 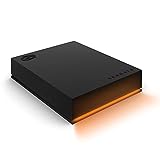 Now among you who are reading about HDD LED for the first time may have a simple question arise in mind. Where does the hdd light locate on a computer motherboard?

If you have a desktop, the HDD LED light is usually positioned at the front of the computer case. And on a laptop, it is located usually near the power switch button or sometimes next to the keyboard maybe or on some time on some edge of the computer also. The HDD LED light has a variety of colors too. Most of the time the color is white, but eventually, you will find some other color lights also.

You can identify the HDD LED very easily on your PC. Check out which of the light is blinking or flashing repeatedly. That one is the HDD LED.

Do you want to buy a good quality MSI motherboard? Here is the perfect buy for you. To know all about it, read the motherboard manual that comes with it.

Sometimes, you would have noticed when you stepped away from your computer and after some time came back and see the hard drive activity light constantly blinking. I would like to tell you, it’s also quite normal and there is nothing to worry about this. All usual Windows systems do this regularly. Yes, of course, there might be a possibility of malware. if you’re worried about it too much, you can run an antimalware scan any time.

What Is It Doing in Background

All the operating systems of modern times include file-indexing services usually. This has been a common process actually. The process crawls through the total hard drive of your PC and includes the tasks like examining each file, the text inside it, and making a database. You will realize it; you get fast and instant search results of data from the PC database when you use the search feature of your operating system. Forgiving you this service, the indexing service has to visit your files, index them as well as watch them for changes which ultimately cause hard disk activity.

In the past time Windows, before defragmenting your hard drive, you had to close other programs on your computer. Modern times Windows has a great improvement in this. The present Windows in the background do the disc-fragmentation automatically while it is necessary. Though it is configured to do this at a particular time when the computer is idle.

Security tools like antivirus programs are often scheduled to do antivirus scans on a regular basis by default on your computer. When your computer is idle, maybe your antivirus tools are working, probably it is sorting through the hard drives and examining the files in it. That also indicates hard disk activity.

It actually depends on your set-up configuration. If you have those automatic backup setups in your computer, at the idle time, your back-up service might be doing a usual backup.

I hope you know that the Windows itself and also many other programs like Google Chrome have the automatic updater. Sometimes, it’s good and sometimes feels odd for many reasons. So if you see some hard drive activity when your PC is idle, maybe somewhere in your PC something is downloading or updating without your knowledge.

In the above, I have described only five things that a computer does in the background. The number can be many depending on the software collection of your computer and their configurations. And so there will be hard drive activity too.

If HDD LED is not Blinking But always ON

If your HDD LED or SSD LED is illuminating continuously without any interruption, even when your computer isn’t on, it is possible that your computer might be locked or there may be some malfunction.

In these situations, from your part what you can do is, restart manually by pressing the reset button or reset switch. It means that you can pull the power led cable connector or remove the battery to power off all the components of your computer perfectly. Afterwards, if you can access your computer, you should restart your device in a proper way by pressing the power sw and check if hdd activity light is alright. And if that doesn’t work and you are concerned about your HDD LED, you should take your device for servicing.

How to See What Hard Drive is Doing

If you want to know what your computer hard drive is doing, you can easily monitor its activity by seeing the hdd led indicator. For this, Windows Task Manager or Resource Monitor can be used to check the hard drive activity light delicately.

To open the Task Manager, you need to have a right click to your taskbar and selecting Task Manager or you can do it by keyboard shortcut keys Ctrl+Shift+Esc. You can see there what’s going on. You can see which programs are running and how they are running.

Now if you are Windows 7 user, they usually don’t have the hard drive light’s condition in the Task Manager. But don’t worry; you can still check it in Resource Monitor. You have click on Performance Tab and then open Resource Monitor. There you will see the details.

I hope you know by now that h.d.d LED light is an important component of your PC. For, hard drive light indicates the hard drive activity as the SSD and usage from the system panel connector. Now if anyone asks you- What is HDD LED? I simply expect that you can answer him back quite smoothly. Don’t be too much concerned about the HDD LED. If you are worried about some malfunction like hdd led not blinking or alltime hdd light blinking, check the background tasks and try the solutions described above; and after that go for service, if you are not satisfied.

Check out your HDD LED or SSD LED when you want to remove your computer parts from the connector; your hard disc and PC might be damaged otherwise.

Thanks for being here and learn about what does hdd led do with us. We hope from now on we won’t have to worry about why is my hard drive light blinking and all the led hdd whereabouts. Best of luck.

Can a Mouse Jiggler Be Detected? How Do I Detect?

How to Pick the Right Router and Improve Your Internet Speed

What Kind of Speakers Do I Need for My Car? – All You Need to Know

How to Free Up Your Mac Manually?

[Fix] The Selected Disk Has an MBR Partition Table

Motherboards That Support 64GB RAM | How Do I Know?